SAW meets ICO in this haunting and intimate VR title.

- Experience a unique relationship with Katia, a girl who speaks a language you cannot understand (voiced by Stefanie Joosten, Quiet from Metal Gear Solid V: The Phantom Pain) with music by Hiroki Kikuta (SECRET OF MANA, SOULCALIBUR V)
- Over 10 hours of escape-adventure puzzle-solving and multiple endings. Work together with Katia in a unique, one-of-a-kind experience in VR
- Created by a team of veteran Japanese developers whose previous works include classic titles such as ICO, The Last Guardian, Shadow of the Colossus, Puppeteer and the Doko Demo Issyo series (Toro, the Sony Cat)
- Fully supports Rift/Rift S, VIVE/VIVE PRO/VIVE Cosmos, VALVE INDEX and Windows MR

Note: Although the UI/Menu options supports 12 languages, Katia speaks in a fictitious language that you cannot understand.
Communicate with Katia through body-language as you work together to solve puzzles and escape

Escape a merciless mansion alongside a girl words cannot reach, in a tale that can only be experienced in VR.

An escape-the-room adventure game that can only be experienced in VR, Last Labyrinth was created specifically for the VR age. Players must work to escape a mansion full of hidden dangers with a mysterious girl that appears before them.

Development of Last Labyrinth is being spearheaded by Hiromichi Takahashi, director and producer of the acclaimed Doko Demo Issyo (PlayStation® 1999) series and co-creator of Toro (the Sony Cat). Working alongside him is Co-Director Tetsuya Watanabe, previously a game designer on Puppeteer and The Last Guardian (in-game physics); Lead Animator Atsuko Fukuyama, best known for her work in animating the non-verbal characters that players work alongside with in ICO and Shadow of the Colossus; Lead Environment Artist Michiko Kusaba, who worked as a Landscape Designer on Gran Turismo 3:A-Spec and Gran Turismo 4; and Sound Designer Takuya Hanaoka, whose past works include Monster Rancher and the Super Robot Wars series.

With resumes featuring titles that are household names around the world, the team is now taking on the unique challenges of creating a VR game that revolves around “non-verbal communication”, and are committed to bringing Katia and the world of Last Labyrinth to life.

Katia is voiced by none other than international model, actress, voice-actress and singer, Stefanie Joosten, who was also the voice and model for the silent and deadly Quiet in Metal Gear Solid V: The Phantom Pain.

The theme song is composed by renowned video game music composer Hiroki Kikuta, famous for his work on titles such as Seiken Densetsu 2 and 3 and Sōkaigi, among others. Following her performance on "Quiet's Theme", Stefanie Joosten once again lends her vocal talents for the Last Labyrinth theme song.

Your eyes begin to adjust to the darkness, and you find yourself in a room you’ve never seen before. You go to stand but are barely able to move. You look down to find that your arms and legs are strapped to a wheelchair.

As the panic begins to set it, you catch a glimpse of a figure out of the corner of your eye.

A young girl, standing in the darkness, stares at you with cold eyes…
Show more 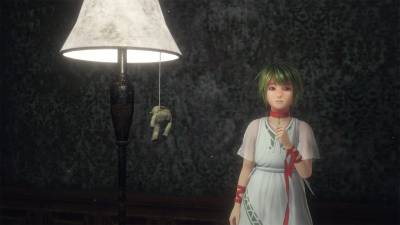 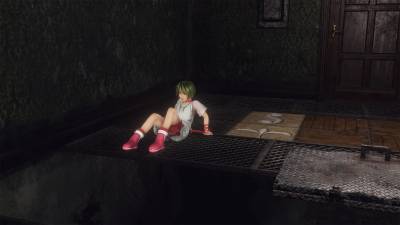 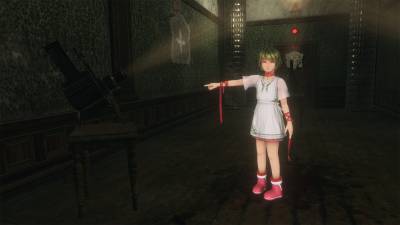 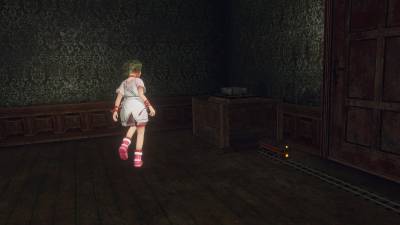 Author: AMATA K.K.
Get the Game